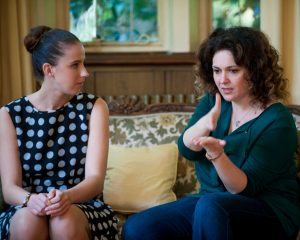 Lady Southey AC continued to show her great generosity to the Melba Opera Trust by inviting scholars into the Myer family home on three occasions in 2015. Cranlana was a superb setting for scholars to undertake an intensive master class and private coachings with Italian soprano Daria Masiero, celebrated Australian soprano Yvonne Kenny AM and internationally celebrated tenor Simon O’Neill ONZM from New Zealand.

A select number of guests were invited to observe scholars working with Daria and Yvonne, while coaching from Simon culminated in a festive end-of-year celebration. 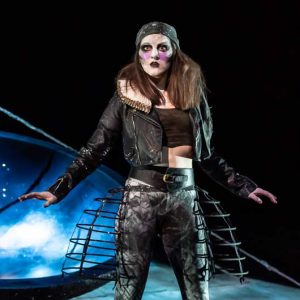 One of the joys of some of the newer Melba scholarships has been watching young singers following the footsteps of those for whom their scholarships are named. A case in point in 2015 was

Shauntai Batzke, two-time recipient of the Harold Blair Opera Scholarship, named after Australia’s first Indigenous opera singer, tenor Harold Blair. Inspired by Harold’s story – he had great success in America – and a hunger to continue her own operatic development abroad, Shauntai applied for and was accepted into the Cantos de las Americas – a Workshop for Aspiring Artists in the Vocal Arts held in New York.

The same can be said for Dame Nellie Melba. It is widely known that Covent Garden in London was Dame Nellie’s “artistic home”. An emerging trend shows recipients of Melba’s scholarship following in her footsteps:

Renée Fleming and a recital series

Over our 10 years, Melba has enjoyed collaborations with a broad variety of partners to best support the development of our scholars. A particularly valued collaboration is with Melbourne Symphony Orchestra, regularly giving Melba access to the world-class artists they bring to Melbourne.

In 2015 four Melba scholars worked with opera star Renée Fleming in a closed master class setting. Other activities made possible by MSO over the years have included industry seminars with international conductor Sir Andrew Davis CBE and Sir Bryn Terfel CBE, and master classes with Thomas Hampson and Stuart Skelton.

A special relationship emerged in 2015 with the Melbourne Recital Centre, which partnered with the Melba to deliver performances in the Primrose Potter Salon in the years to follow, designed to pair current scholars with Melba alumni.

A collaborative partnership with Australian National Academy of Music (ANAM) emerged in 2015 with a new Mentor Program session to develop ensemble skills between singers and pianists. The collaboration was showcased with a chamber music concert presented by a selection of Melba and ANAM scholars for The Australian Club members. 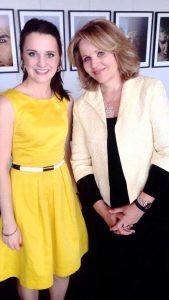 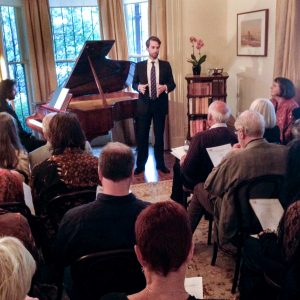 Donors regularly express their joy from interacting with the Melba scholars, in particular as part of their everyday lives.

In 2015 this included a series of performances held in personal locations:

Warwick and Paulette Bisley: a garden soiree at their Yarra Valley property featuring performances from Zoe Drummond and Jeremy Kleeman

Jenny and David Sutherland: their Golden wedding anniversary with performances from Nikki Hill and Amir Farid at Coombe.

The Melba’s key point of difference for opera training is our innovative Mentor Program. In recognition, long-time benefactors John and Elizabeth Wright-Smith enhanced their already generous support, with a “leadership gift” towards the endowment of the Mentor Program. They thus joined other loyal donors providing annual support to the program: Lady Southey AC, Tallis Foundation, Robert Salzer Foundation, Opera Society of Victoria, Stuart Leslie Foundation and the Hamer Family Fund.

Their visionary commitment enabled us to enlist some of the most highly regarded national and international professionals from the industry as mentors.

MELBAS IN THE USA 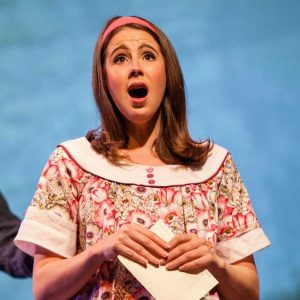 While many Melba alumni were enjoying international successes in Europe and the UK, several alumni pursued careers in the USA:

Courtesy of the winning the Lady Fairfax Award through the Opera Foundation for Young Australians, alumni Zoe Drummond and Bronwyn Douglass, as well as current scholar Xenia Puskarz Thomas, have completed intensive study in the USA. 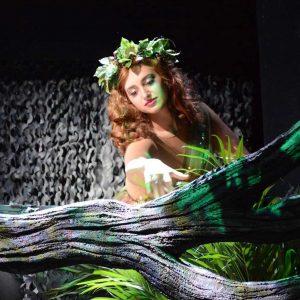