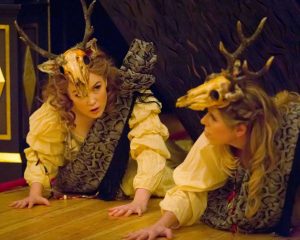 Continuing our international forays, the Melba had three alumni selected for 2014’s

prestigious Jette Parker Young Artists Program at The Royal Opera. A coveted program that selects only five recipients each year, it is widely considered to be one of the world’s best programs.

While Melba scholars and alumni continued to enjoy great success throughout Australia’s competitions and awards, our Covent Garden successes gave us one of the strongest indicators that our program produces artists that are competitive on the world stage. 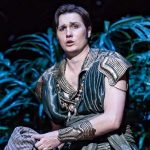 From over 400 applicants worldwide, Melba alumni Lauren Fagan, Samuel Dale Johnson and Samuel Sakker were selected for the program.

The Jette Parker Young Artists work as salaried members of The Royal Opera for two years, during which time they perform in a variety of main-stage productions, concerts and recitals, as well as covering lead roles. They also receive coaching in all opera disciplines, including role interpretation, language and stagecraft. 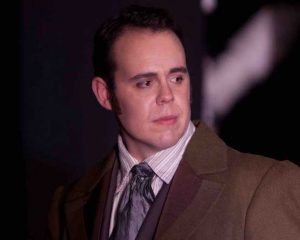 As with the Melba’s programs, the Jette Parker is very self-driven, with each young artist designing their own activities for each week. Like the Melba, it only selects the best young opera singers. The three artists – joined by Emily Edmunds in 2015 – followed in the footsteps of Dame Nellie Melba, who made her final farewell to her beloved Covent Garden 88 years previously.

In order to forge ahead in the Sydney arena, in 2014 Melba hosted a second Sydney event at Rosemont, the beautiful house and garden of Margot, Lady Burell, in Woollahra. Stacey Alleaume, Jade Moffat and Matthew Reardon gave an intimate performance reminiscent of a nineteenth-century European salon. 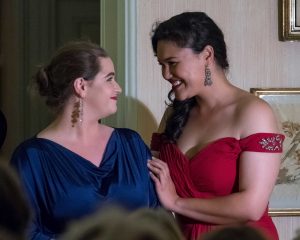 Since making our scholarship program national, many more scholars and philanthropic supporters have hailed from New South Wales and the Melba now holds at least three events a year in Sydney. 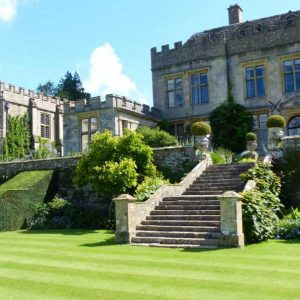 With alumni now succeeding around the world, it was time for Melba Opera Trust to make its international debut with a special event at Stowell Park Estate, Lord and Lady Vestey’s home in the Cotswolds.

The Vestey family has continued a long-standing and generous involvement with Melba Opera Trust and were key in facilitating this international debut at Stowell Park. The sense of Australian pride was undeniable through the rousing finales of ‘Waltzing Matilda’ and ‘Home Sweet Home’.

Following its successful debut, another occasion was hosted in 2016, and in 2020 Stowell Park Estate will be host to a black-tie dinner in celebration of Melba Opera Trust’s 10th anniversary. 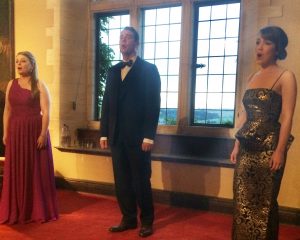 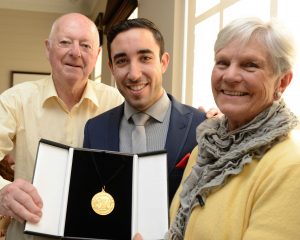 Visionary and generous Melba supporters John and Elizabeth Wright-Smith’s enthusiasm for Melba Opera Trust’s mission has been expressed in many ways over the years. It was a pleasure for the Melba to award them the 13th Melba Medal at the AGM, held at the Yarra Valley restaurant of our generous partners, De Bortoli Wines.

The Wright-Smiths have left their mark on every aspect of the Melba program, actively engaging in mentoring and supporting scholars’ education, and regularly attending performances, as well as hosting what has become the annual “Wright-Smith Opera in the Arena” event at their Yarra Valley property. And, of course, they have directly supported scholars’ artistic development with scholarship funding made available through the endowment of the Melba Opera Trust’s first named scholarship, the John & Elizabeth Wright-Smith Scholarship.

Now a time-honoured tradition, the Melba Medal is bestowed to acknowledge and pay tribute to exceptional generosity and support. The first was presented in 1993 to Joan Arnold OBE for her outstanding service as director of the Melba Conservatorium from 1975 to 1986. 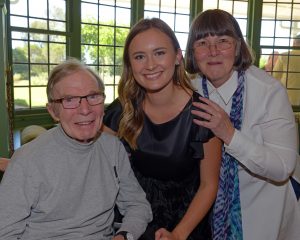 2014 saw the establishment of a second scholarship endowment, the Joseph Sambrook Opera Scholarship. Established by Joe Sambrook and Mary-Jane Gething, the inaugural recipient of the scholarship was baritone, Jeremy Kleeman.

Both Joe and Mary-Jane had extremely distinguished careers in the fields of biochemistry and molecular biology.

“Even though it might seem that scientific research and opera are worlds apart, you can see the same underlying requirements of people if they’re going to succeed. They need that inner strength and drive.

Nobody’s going to give that to you if you haven’t got it.”

Joe and Mary-Jane’s interest grew from receiving The Melba magazine in the mail. “We found it very interesting and it matched our own ideas about that crucial period of a career when people need support, both in science and in the arts. It’s that pre-professional stage, where there’s a gap following university study.”

Joe and Mary-Jane knew they could do something to help and, in the beginning, the intention was to endow the scholarship through bequest. Ultimately, they decided to give in their lifetimes so that they could enjoy seeing the progress of their scholars and follow their development.

Following Jeremy, Shakira Tsindos and Cleo Lee-McGowan were awarded the Joseph Sambrook Opera Scholarship. All are now continuing their studies in London at Guildhall School of Music and the Royal College of Music. 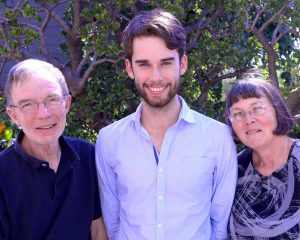