DURING HER TRAVELS TO THE UK AND GERMANY, SOPRANO FIONA JOPSON TOOK SOME TIME TO WRITE US A POSTCARD! READ ALL ABOUT HER EUROPEAN TOUR BELOW.

Where do I begin…? I arrived in London on Saturday 29 October to surprisingly warm weather and a familiar face meeting me at Heathrow airport… my dear friend and tenor Josh. What does one do when one first arrives in London? Catch the Tube and head straight to Buckingham Palace!

Day 1: The Queen was home

After spending the day sight-seeing and holding off the jetlag, I made my way to my home for the next month in East Dulwich. The jetlag did hit me hard! Saturday night and Sunday were spent sleeping.

Since I had a few days free before starting singing lessons, on Monday I decided to explore and headed into central London on the bus.

Day 3: Taking in the sights.

I hit the ground running starting singing lessons on Wednesday 2 November with Raymond Connell. It has been 5 years since we last worked together and it was like we had never stopped! Before any singing, we discussed what I wanted to get out of the sessions, goals and creating a safe space to take risks. With the goals in mind we embarked on an intensive 5 weeks.

The one thing I noticed about London was that there is a lot going on in the music/arts scene in performance but there is also access to observing master classes by some of the world’s best performers. Wigmore Hall has an excellent education program and I was lucky to observe a Lieder master class with mezzo soprano Brigitte Fassbaender on Thursday 3 November.  Observing is a great teacher and allows you to think about aspects of your own learning and performing!

At the end of my first full week I also commenced singing lessons with Yvonne Kenny. We discussed how we would work in the sessions, my goals over the 5 weeks and plans to take risks in each session.

Start of my 2nd week in London and what a busy week it was! Singing lessons and an intensive week of coachings with Richard Hetherington at Royal Opera House, Covent Garden. I was put in-touch with Richard through a mutual colleague and was lucky to secure sessions before he headed off to the Lisa Gasteen National Opera School. Richard is such a knowledgeable coach and is so gentle with coaxing out your best voice! I now have a different understanding of music, harmony and relationship between voice and accompaniment.

Week 2: Such an AMAZING week coaching at the Royal Opera House, London! My eyes have been opened to all the possibilities and more!!

Like my first 2 weeks in London, weeks 3, 4 and 5 were filled with singing lessons, coachings, seeing opera, studying my upcoming role and taking in the sights and culture.

Day 23: Listening to the all-enveloping voice of Lucas Pisaroni in recital at Wigmore Hall! Artistry in bucket loads!

Day 25: Waiting for Queen Sondra to take the stage in Manon Lescaut! — at Royal Opera House

At the end of Week 5, I headed over to Berlin for a two-week trip. Like London, I had never been before and was not disappointed! It also gave me a chance to practise speaking German…and I didn’t do too badly! While in town I caught up with fellow Melba alumna, Siobhán Stagg and saw her perform. She was extremely generous in showing me around backstage at the Deutsche Oper. 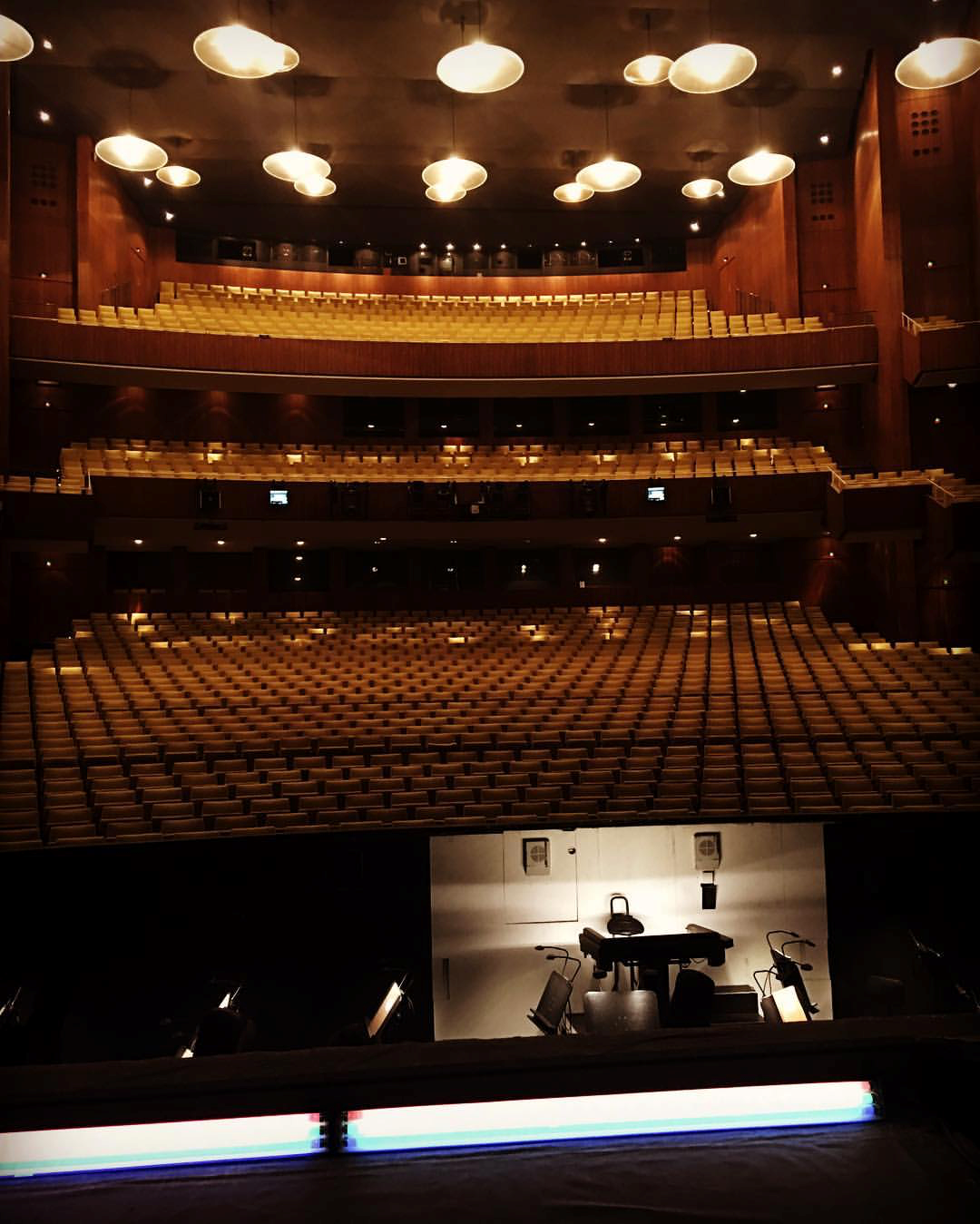 Day 36: Amazing catch up with the one and only lovely Siobhán Stagg at Deutsche Oper, Berlin!! Sneaky photo on centre stage!

The last 3 nights in Berlin were spent at the Deutsche Oper being enveloped in the glorious music of Tchaikovsky (Eugene Onegin), Mozart (Die Zauberflöte) and Puccini (Tosca).

As I write this today on my last day in London, it has given me time to reflect and see how far I have come and grown as a person and artist.

What an eye opening experience this trip has been!